Given the appalling consequences of civil wars, why are the competing actors within a state unable to come to a settlement to avoid the costs of conflict? How might external parties affect the likelihood that a civil war begins? How do their actions affect the duration and outcome of civil conflicts that are already underway? How International Relations Affect Civil Conflict draws on three main approaches—bargaining theory, signaling theory, and rational expectations—to examine how external actors might affect the onset, duration and outcome of civil wars.

Signals from external actors are important because they represent a potential increase (or decrease) in fighting capabilities for the government or the opposition if a war were to begin. Costly signals should not affect the probability of civil war onset because they are readily observable ex ante, which allows the government and opposition to peacefully adjust their bargaining positions based on changes in relative capabilities. In contrast, cheap hostile signals make civil war more likely by increasing the risk that an opposition group overestimates its ability to stage a successful rebellion with external support. 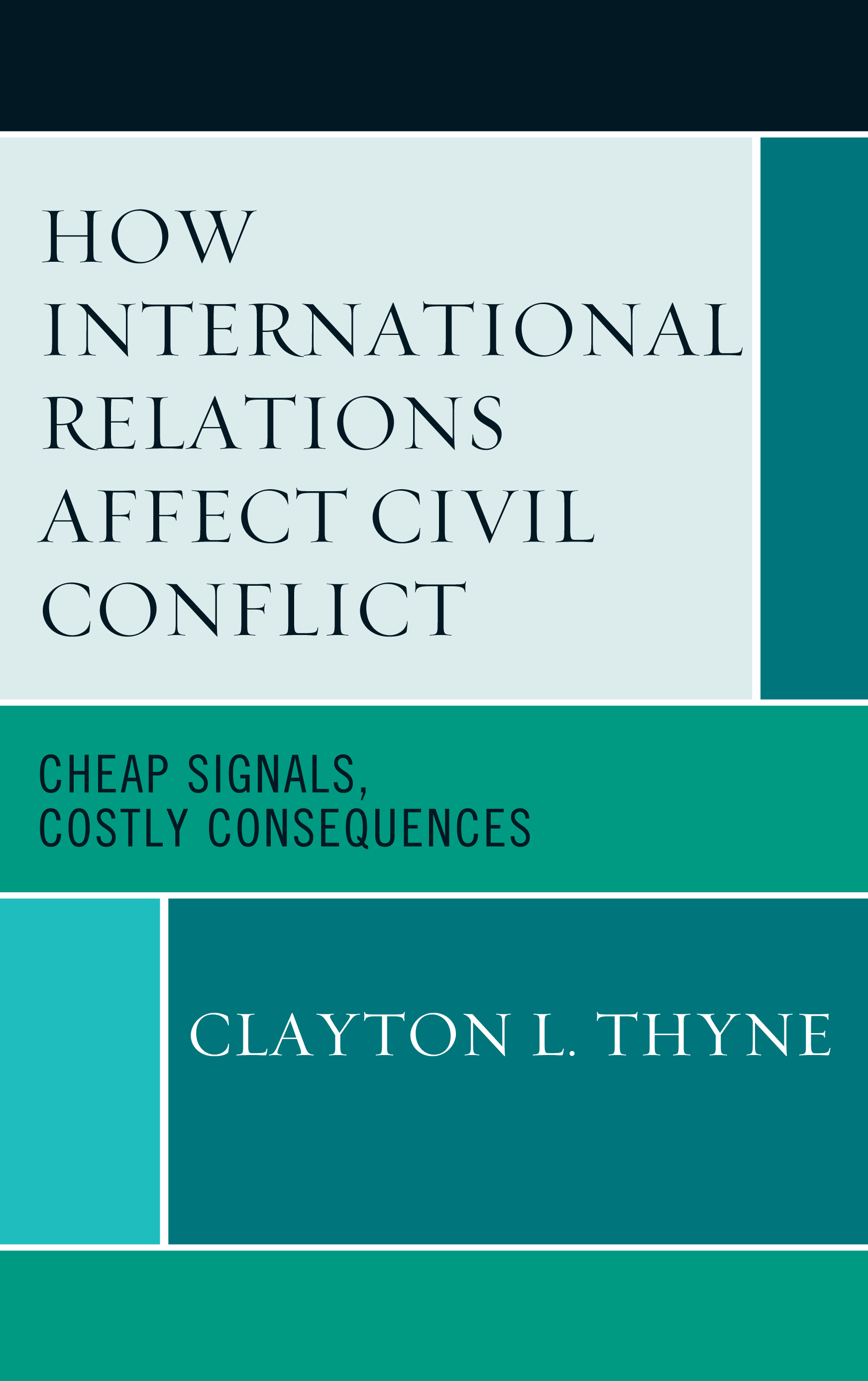 Cheap supportive signals work in the opposite manner because they represent increased fighting capabilities for the government. Furthermore, signals sent in the pre-war period have important implications for the duration and outcome of civil conflicts because competing intrastate actors develop expectations for future interventions prior to deciding to fight.