Alfred Shapere, professor in the UK Department of Physics and Astronomy, was featured in "Nature," an international weekly journa 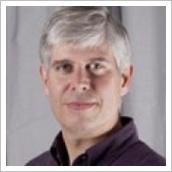 l of science, for his recent paper describing framework or starting point to explaining how particles cope with fluctuations in gravity.

Co-authored by Shapere, Nobel laureate Frank Wilczek of the Massachusetts Institute of Technology (MIT) in Cambridge and MIT graduate student Zhaoxi Xiong, the paper presents a straightforward way for quantum particles to move smoothly from one kind of ‘topological space’ to a very different one.

The collaborators suggest that their work might provide a simplified framework for understanding gravity's effects on quantum particles. They also explore other situations in which the spaces that quantum particles move in can radically alter, such as in condensed-matter-physics experiments.