by Sarah Geegan and Fran LeFort 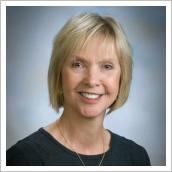 UK alumna Diana Wall, recognized as one of the world’s foremost experts on biodiversity, has been named the 2012 Mines Medalist, a national honor the South Dakota School of Mines and Technology awards annually to engineers and scientists who have demonstrated exceptional leadership and innovation.

She is currently researching how habitat diversity contributes to healthy, productive soils and the consequences of human activities on soil. Her expertise and prolific, groundbreaking research has led her from the Antarctic Dry Valleys, where Wall Valley was named for her research contributions, to sub-Saharan Africa, where she is a principal investigator for a Winslow Foundation grant.

Wall is co-investigator for the National Science Foundation McMurdo Dry Valley Long Term Ecological Research site, with over 25 expeditions to the Antarctic Dry Valleys examining the response of soil biodiversity and ecosystem processes to environmental change.

“As one of the world’s leading experts in microbial and invertebrate diversity, the impact of Dr. Wall’s research efforts is far-reaching, with ecosystem survival implications," South Dakota School of Mines and Technology President Robert A. Wharton, Ph.D., who himself has participated in 11 expeditions to the Antarctic, said. "Her work is enabling us all to better understand and protect our soil, its biodiversity and, thus, human life. We are proud to present this prestigious award to Dr. Diana Wall.”

In July, Wall received the President’s Medal for Outstanding Achievement in Antarctic Science by the International Council for Science’s Scientific Committee on Antarctic Research, and in 2011 was selected by the British Ecological Society as the prestigious Tansley Lecturer. She is a fellow in the American Association for the Advancement of Science, a founding member of the Global Soil Biodiversity Initiative, a former president of the Ecological Society of America and a former member of the U.S. National Commission of UNESCO.

“I am thrilled to be the recipient of the 2012 Mines Medal and to be in the company of distinguished awardees who are internationally recognized for their innovative scientific contributions,” Wall said.

After assuming the role of 18th president of the School of Mines, President Wharton initiated the Mines Medal in 2009 as a national award to honor engineers and scientists who have demonstrated exceptional leadership and innovation.

It is the fourth medal presented by the South Dakota School of Mines and Technology. The award highlights the significant role these individuals play to ensure the United States’ global preeminence in engineering and science.

The South Dakota School of Mines and Technology will honor Wall during an award dinner Thursday, Sept. 27, at the Rushmore Plaza Civic Center. Gov. Dennis Daugaard will present the national award in partnership with the School of Mines.