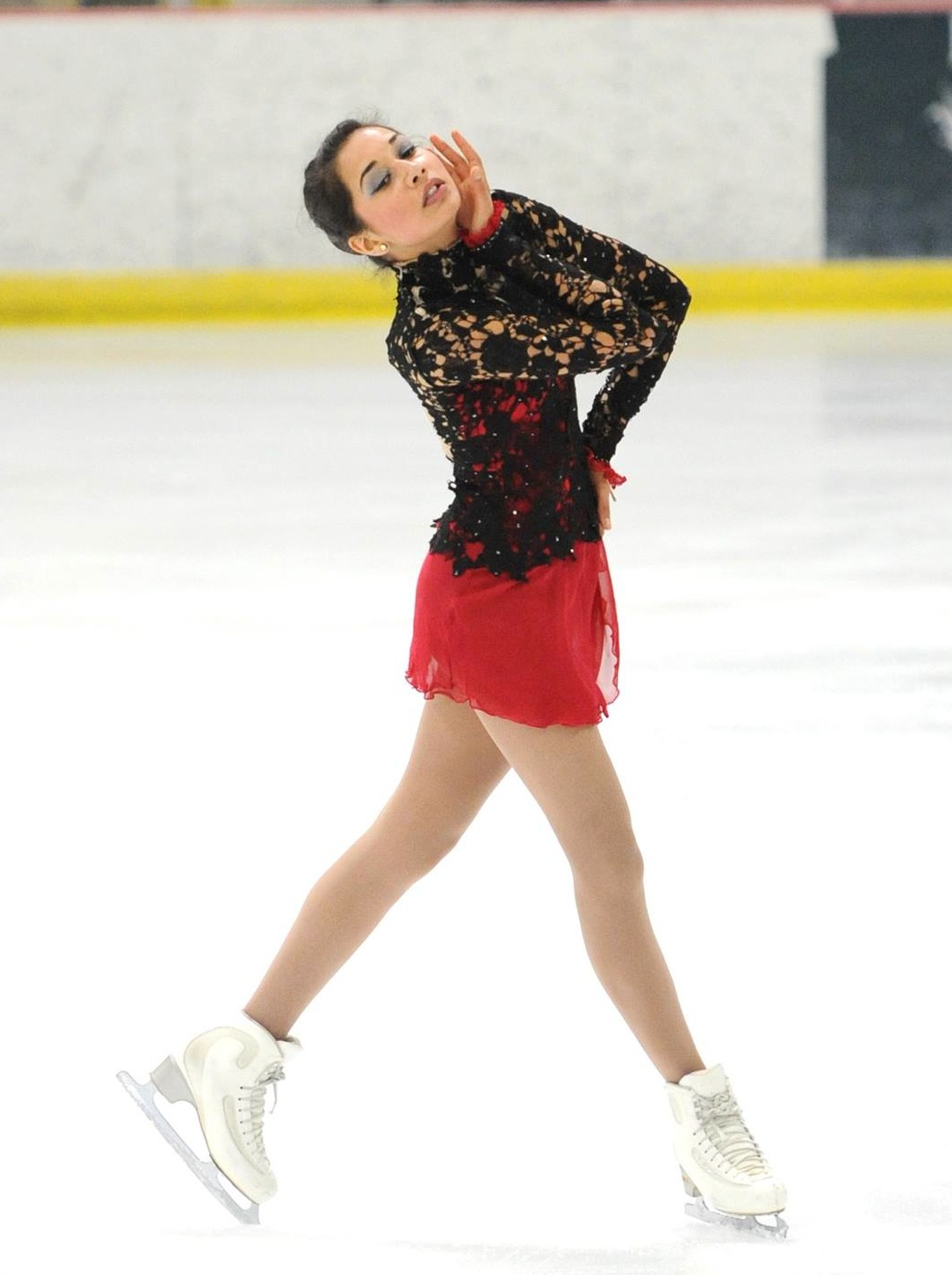 Sheikh (pronounced "shake"), who has been skating since she was 3 years old, said winning the senior ladies title was “the icing on the cake.” A two-time Michigan state champion, and a senior ladies sectional competitor, Sheikh said her win in Wisconsin comes with a title that means something.

“You can say you’re a great skater, but unless you have a title, people don’t really understand,” Sheikh said.

Following in her two older sisters' footsteps, Sheikh found she had a knack for skating at an early age. When she was 8 years old, Sheikh was already performing doubles. At age 9, she was skating double-axels. By 13, she had mastered her triples.

These skills did not come without their fair share of practice. Sheikh recalled daily one-hour practice sessions until she was 9, then two-hour practice sessions until she was 11, and finally three-hour sessions when she reached junior and senior level. In addition to her on-the-ice training, Sheikh also completed an hour of off-the-ice training, which included core and cardio, and participated in ballet and hip-hop three days a week.

All the hard work paid off when she took the gold in August. Pleased that everything came together, Sheikh says she now knows that she can work hard and also deliver. With the help of coach Julie Berlin, who Sheikh says is her biggest supporter, Sheikh also walked away with the competition’s $5,000 grand prize.

Sheikh says she plans to use the money to study abroad in the Netherlands over the summer with Kristen Mark, assistant professor of health promotion at the University of Kentucky.

Sheikh said she owes her success to her mother, her father and her coach.