(Sept. 27, 2013) — Homes and other structures that have been built on certain types of shale containing pyrite can suffer severe damages when the shale expands and heaves, according to research conducted at the University of Kentucky.

The problem of pyrite oxidation and shale expansion can be found worldwide, including East-Central Kentucky, where geochemist Warren Anderson of the Kentucky Geological Survey at UK has studied its effects. 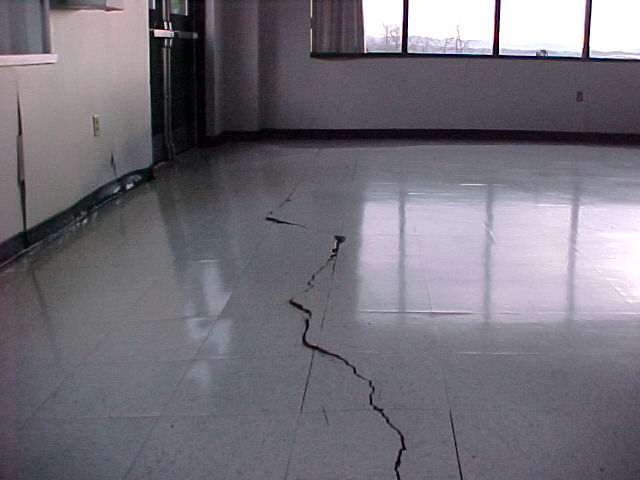 A variety of organic and inorganic materials, such as clay, silt, trace metals and iron sulfide minerals, mainly pyrite, are found in the Chattanooga Shale formation across the state. When pyrite is exposed to moisture — during construction, excavation and rain — pyrite and other minerals oxidize and sulfate crystals form, growing to many times their original size. The result can be an acidic soil horizon which can cause serious damages to structures built on them.

Anderson’s findings have been published as a chapter in a new book, "Implications of Pyrite Oxidation for Engineering Works," edited by A. Brian Hawkins. The book compiles presentations made at a 2012 conference in Dublin, Ireland, on the issue of the shales.

Anderson made a presentation at the conference on his findings in the Estill County, Ky., area, where a middle school, a factory, water plant and pipelines have incurred damages from the expansion of the shales.

His conclusions were first published in a 2008 KGS report titled "Foundation Problems and Pyrite Oxidation in the Chattanooga Shale, Estill County, Kentucky," available for download as a PDF file from KGS.  The book chapter includes new information and expands the potential sites where damages can occur. The Chattanooga Shale can be found over a wide area of eastern and west-central Kentucky and pyrite in the shale could cause the same kind of damage in other locations outside Estill County.

The new book is available from the website of science publisher Springer. Chapters of the book, including Anderson’s, can be purchased separately as PDF files.

Anderson notes that water pipelines and major gas transmission pipelines pass through the area he studied, and the pyrite oxidation might be responsible for accelerated corrosion of the steel, perhaps causing pipeline failures. Other areas of the state have documented pyrite corrosion and sulfate heave associated with pipeline failures.

His 2008 report includes some recommendations for avoiding the damages seen at the Estill County sites. Among them are: