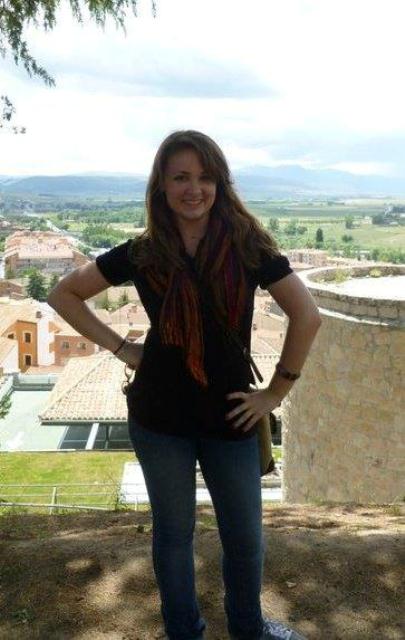 UK student Katelyn McNamara is extending her hard work, compassion and activeness across the country and globe. The topical studies in neuroscience and Hispanic studies double major and UK Honors Program student recently received the 2012 National Alternative Breaks Active Citizen of the Year Award, recognizing her as the exemplification of serving and valuing the community.

Break Away: Alternative Break Connection, Inc., is a national nonprofit organization with a mission to "train, assist and connect campuses and communities in promoting quality alternative break programs that inspire lifelong active citizenship." With a network of more than 100 chapter schools and more than 400 nonprofit partners, the organization provides a channel through which citizens can participate in community service projects, locally, nationally and internationally.

The award recognizes a student, nominated by members of his or her Alternative Breaks chapter, who exemplifies active citizenship: prioritizing the community through concern about social problems; being well intentioned and becoming well educated about social issues; discovering root causes; and dedicating time and effort to action that benefits the community.

McNamara said that she was thrilled to receive the national award, especially since the UK chapter has been active only since 2008.

"The chapter at UK has gone by several different names as it has grown," McNamara said. "It began as 'Alternative Spring Breaks,' then 'Service Breaks,' and now it is called 'UK Alternative Breaks.' We didn't want to limit ourselves, because we do weekend trips, we do winter breaks and we do other types of breaks other than just spring breaks. Students expressed interest in giving back at other times than just spring break."

McNamara first became involved with the program in fall 2010 as an assistant to the special events coordinator. She helped plan events for alternative breakers to prepare for their trips and reflect afterwards.

Later that year she participated in an alternative break to Jaibon, Dominican Republic, in which the group served at Outreach360. Outreach360 is an organization that seeks to provide English language instruction to orphans as well as other youth in the Dominican Republic communities.

"That trip was such a rewarding experience," McNamara said. "I really loved the group, and I loved the way that I felt — that I had served a purpose. The trip also enriched my studies, so it was all around a wonderful and beneficial experience." 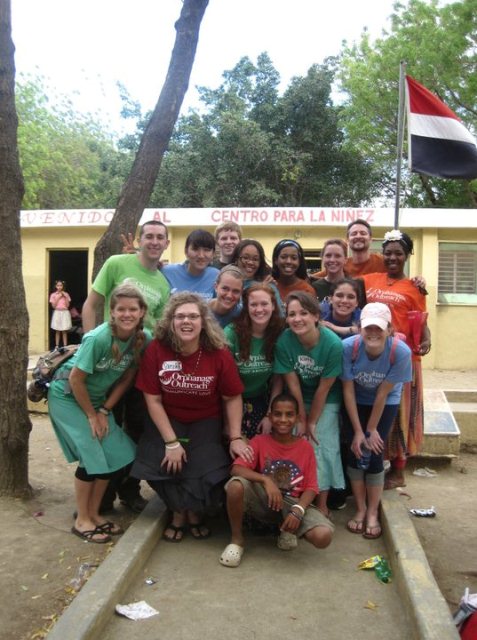 Upon return from the Dominican Republic, McNamara applied to be a site leader for an upcoming alterative break to Santo Domingo, Ecuador, a trip still in the planning stages at the time. UK's Alternative Breaks partnered with Shoulder to Shoulder Global, a group dedicated to providing health care, public health education and wellness to communities in Ecuador, to facilitate this break.

"Part of the reason I was selected for the Ecuador trip, was that I had been to Ecuador before," McNamara said. "I travelled there for a faculty-led education abroad program through the Honors Program. So I had been to some of the exact locations that we were planning on going to."

McNamara also organized a pre-trip initiative to collect more than 150 books for the local children.

"This brand new collaboration, thanks to the work of Craig Borie, Dr. McCormick, Dr. Hopenhayen, Dr. Castro and Dr. English as well as many other faculty, united undergraduate and graduate student efforts to provide service to developing communities in Ecuador," McNamara said.

While holding the post of site leader, responsible for coordinating trip plans and travel logistics, as well as facilitating group reflection and preparing educational enrichment for students, McNamara also served as leadership coordinator. She created this position herself in conjunction with Drew Ritzel, student director of Alternative Service Breaks at UK, and Sarah Hermsmeier, assistant director for the UK Center for Community Outreach. In this role, McNamara revamped the site leader training process from a one-day session, to a full-year, comprehensive program.

"Drew, Sarah and I realized that site leaders, while great students, sometimes felt overwhelmed by the leadership positions, overwhelmed by planning such a trip and overwhelmed by making those connections," McNamara said. "So we decided to provide them with some support. My job was to set up weekly meetings, just to talk with the leaders. The first half focused on what it means to be a site leader, to make sure they were educating the group, reflecting and doing direct service, because that is what provides the best service environment. The second half involved focusing on logistics of the trip."

McNamara will serve as site leader again for a trip to Nicaragua during the 2012 Winter Intercession.

"Katelyn is a kind, thoughtful and caring individual," Ritzel said. "When she talks about Alternative Breaks, her entire face lights up with passion and joy that is unlike any other. I have personally been witness to a reflection led by Katelyn, and it was both a powerful and moving experience. She makes every person feel that they can make a difference to change the world around them."

McNamara said that all of the students in her group collectively represented what it means to be an active citizen.

"I think that the active citizen was more the group itself," McNamara said," But they had to give it to one person. However, we are all citizens and we are all active, and I would rather share it with everyone in UK's Alternative Breaks if I could."