(July 14, 2014) — Regeneration is one of the most tantalizing areas of biological research. How are some animals able to regrow body parts following injury? Why can't humans do the same thing? Can scientists learn the secrets that imbue certain animals with this amazing ability? Could that knowledge someday be used to develop new therapies to help people heal? 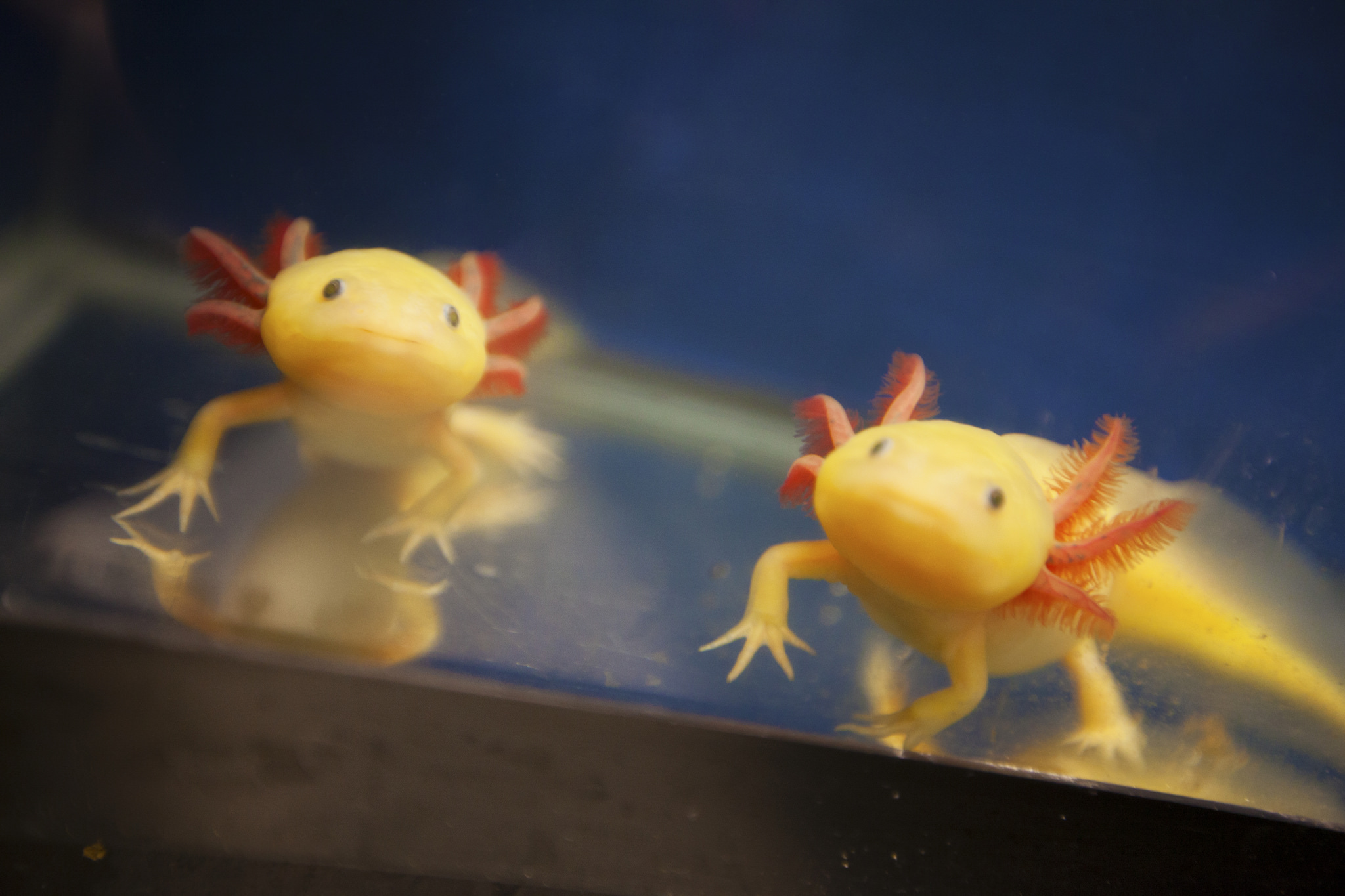 Four professors in the University of Kentucky Department of Biology — Randal Voss, Jeramiah Smith, Ann Morris, and Ashley Seifert — are undertaking the basic scientific research needed to begin to answer these and other questions. Each of them approaches the problem from a different angle, focusing on different aspects of regeneration, and using different vertebrate models.

This formula, of divergent research programs with a common, uniting focus, has fostered a dynamic and productive collaboration among this group. Together, these four make up the core of an unofficial regeneration "cluster" within the department.

At its base, vertebrate regeneration requires a complex molecular crosstalk between cells, similar in many ways to the cellular "communication" that occurs in the development of an animal from a single cell to an adult organism. Certain genes are activated or deactivated at specific times to turn undifferentiated cells into tissues and organs, and to arrange them into complicated body parts such as limbs and joints.

We humans carry in our DNA a genetic legacy that we share with all other vertebrates, a common set of genes that successive generations have carried forward for hundreds of millions of years. By studying the genetic mechanisms that enable regeneration in our distant evolutionary cousins, scientists hope to one day uncover potentially latent healing abilities that may lie hidden in our own genome. 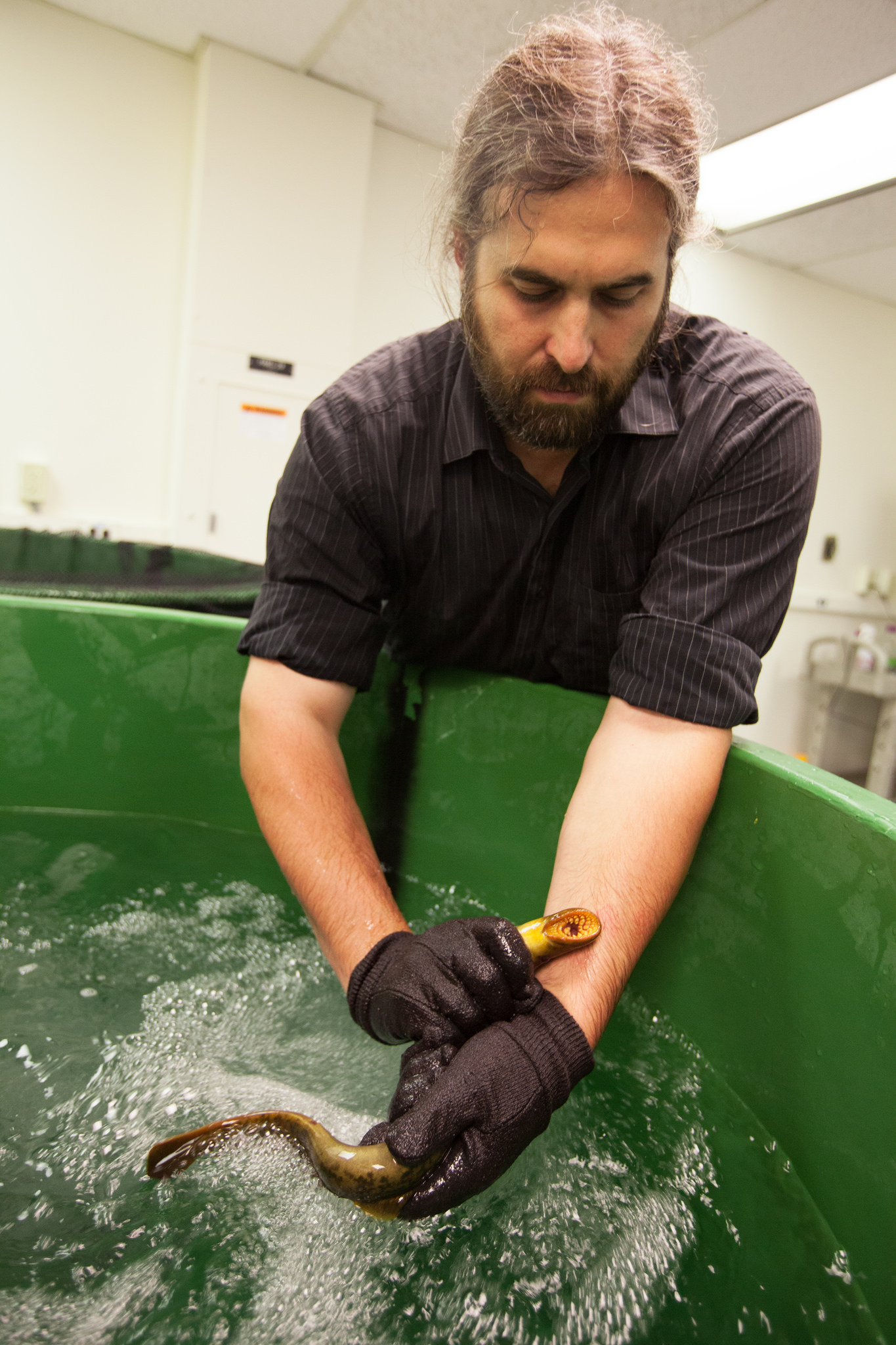 Jeramiah Smith is a genomics expert who works with sea lampreys. These jawless, eel-like creatures diverged from our common ancestors in the Cambrian Period, about 500 million years ago. Lampreys have the ability to regenerate spinal cord cells, which is a neat trick for any vertebrate. But Smith says a big part of the appeal for him in studying these animals lies in excavating the natural history cached in their DNA.

"If I had my choice of a career and didn’t have to think about paying for my kids’ school and all that stuff, I would probably be a paleontologist and dig for fossils," he says. "But really, genomics is almost as pleasing, if not more pleasing than that. By accessing the genomes of these animals, describing them, and then comparing them with other genomes that have been sequenced, you’re often the first person to know what was going on half a billion years ago. It’s sort of like the kid-in-the-dinosaur-museum thing."

Smith also works closely with Stephen Randal Voss, sequencing the genome of salamanders, an amphibian group that veered off our common vertebrate path about 300 million years ago. Though we share many of the same genes, the salamander genome is massive compared to our own — about 10 times as large. 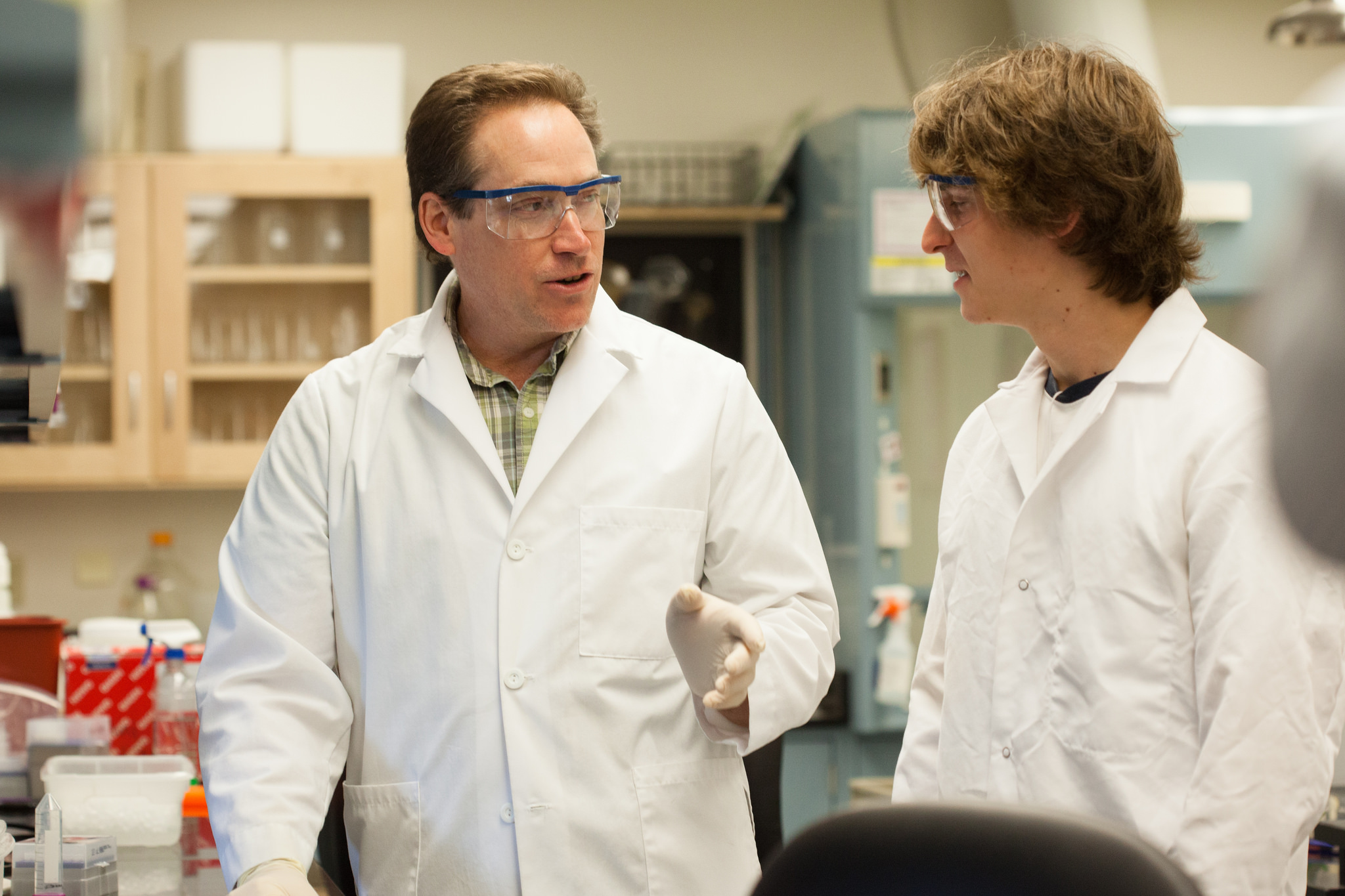 Voss's research focuses on axolotls, an unusual type of salamander that lives wild only in one tiny part of Mexico. Unlike most salamanders, which undergo a metamorphosis from larva to adult, axolotls retain their juvenile form throughout their entire lifespan, a trait known as neotony or paedomorphism. But the main reason that axolotls are among the most-studied salamanders in the world is their amazing ability to regenerate a variety of body parts.

"It’s hard to find a body part they can’t regenerate," Voss says. "Salamanders in general, and axolotls especially so. The limbs, the tail, the spinal cord — even half of their brain has been removed and shown to regenerate."

Voss's research involves assembling a vast store of genetic data using RNA extracted from regenerated axolotl tissue. From this data, Voss will elaborate a model for how genes are turned on and off over very small timescales. This model will serve as a blueprint for other regeneration researchers to build from.

Sandwiched between the sea lamprey and the axolotl on evolution's vast timeline — about 400 million years ago — another vertebrate appeared on the scene with the ability to regenerate an impressive variety of different tissues: the zebrafish. This minnow-like freshwater fish is central to the research of Ann Morris, who is interested specifically in its ability to regenerate retinal cells. 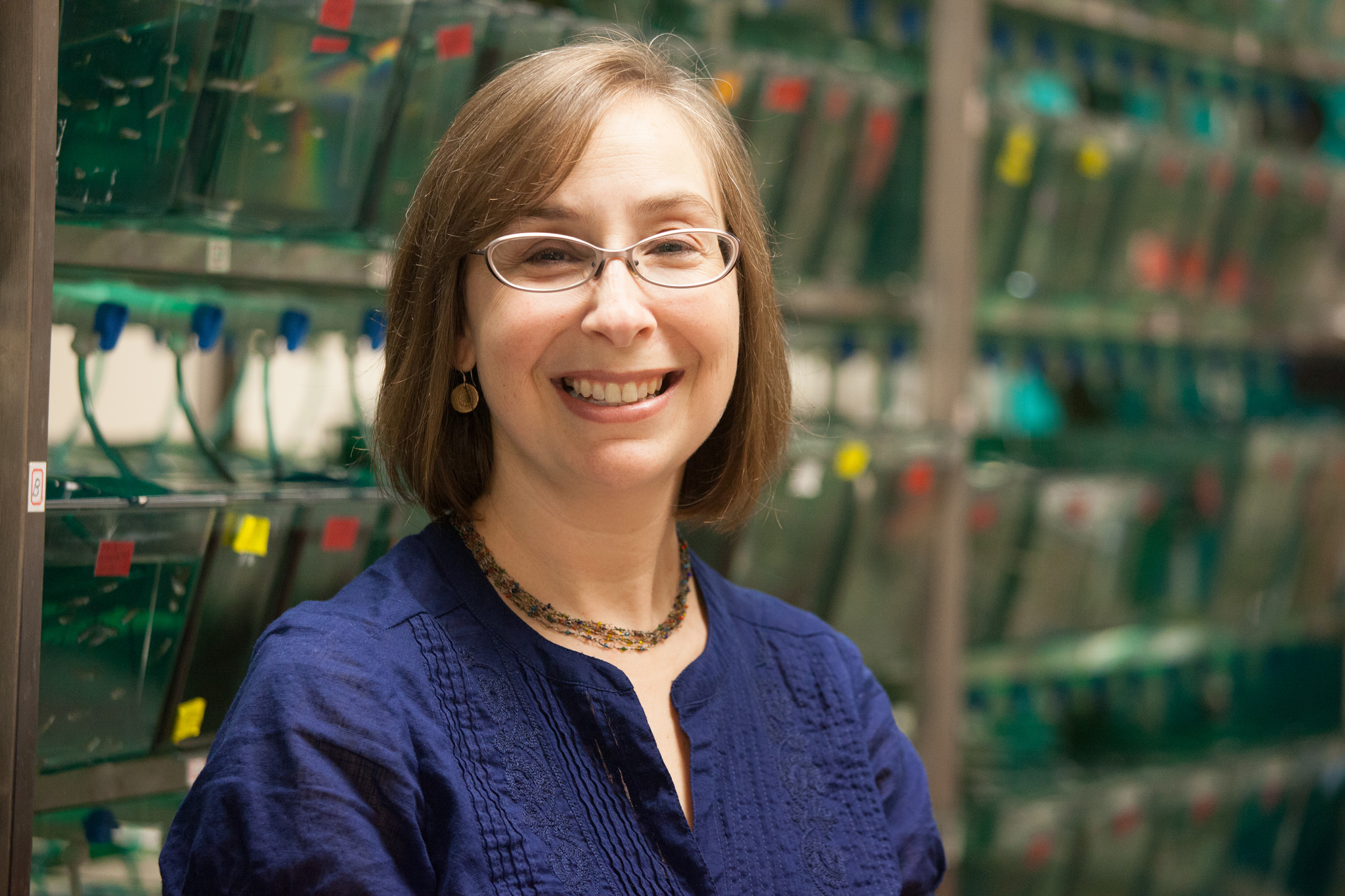 We humans lack that ability. Degenerative diseases of the retina — such as retinitis pigmentosa or macular degeneration — are the leading causes of blindness in older adults. If scientists can learn how zebrafish are able to repair their retinas, it could point the way to new strategies for developing treatments to preserve vision, or perhaps even to restore it, in humans.

The structure of the retina and the types of cells found therein are similar across all vertebrates. By studying how the retina develops in zebrafish embryos, Morris says, researchers can learn a great deal about how the process works in mammals, and specifically in humans.

An oft-repeated maxim in biology classrooms is that "regeneration recapitulates development." So, if our retinas are so similar in their development, how is it that zebrafish can regenerate retinal cells and we can't? That's an excellent question, Morris says. The answer is suspended between between two distinct possibilities.

"One is that at some point, everybody had the ability to regenerate, and that ability in certain lineages was eventually lost," Morris said. "So, perhaps all the mechanism is still there in the genome, and it just needs to be reactivated. The other is that as these different vertebrate lineages diverged, certain vertebrates evolved that ability whereas others didn’t. I happen to believe it’s probably more of the former, that some of those abilities are there and they’re latent, and we have to discover how to reactivate them." 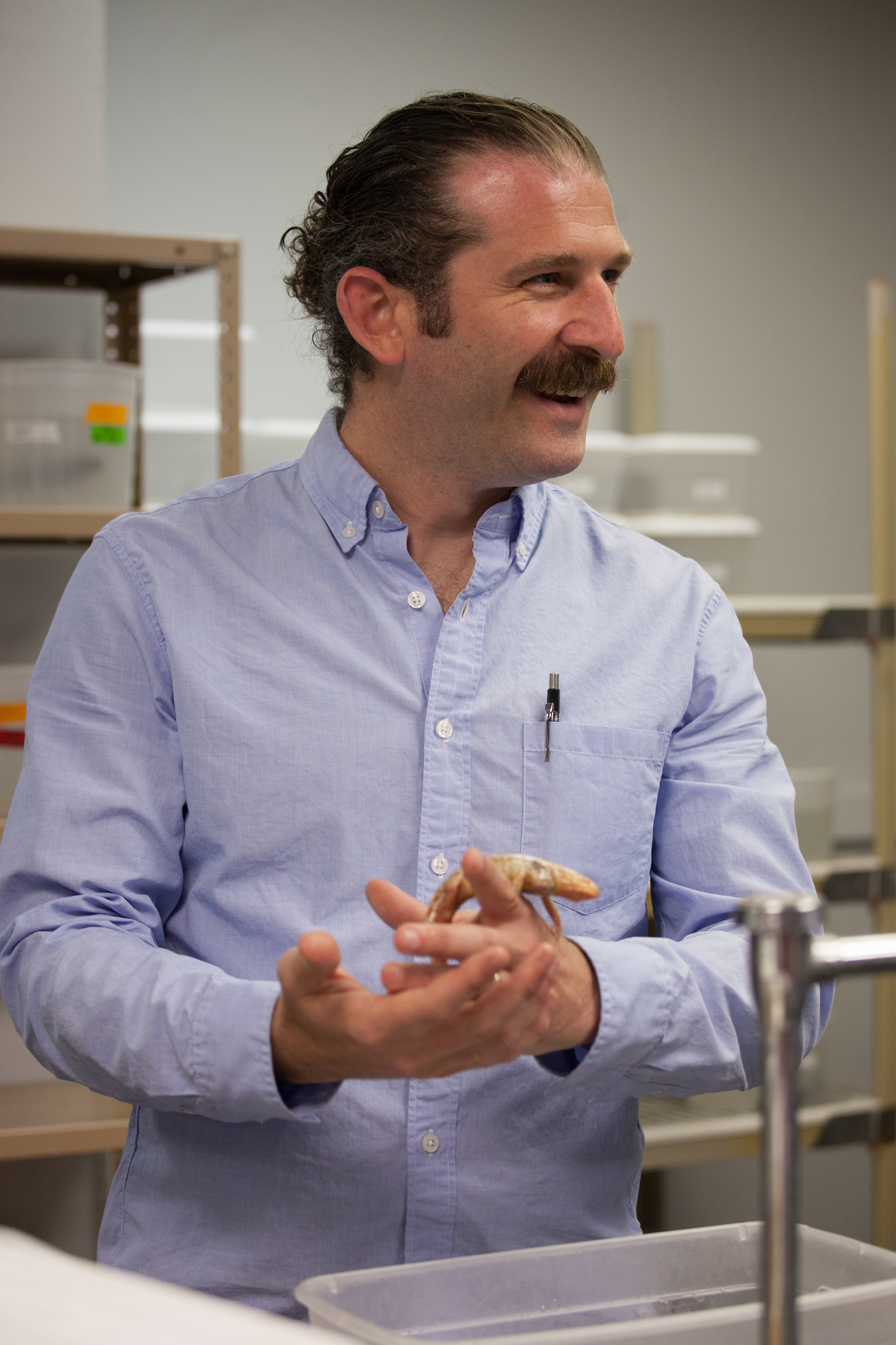 One possibility is that mammals essentially "traded" much of their regeneration ability in evolving adaptive immune systems. Animals that excel at regeneration tend not to exhibit the same responses to injury that mammals do — such as inflammation and scar formation — and mammals generally lag far behind other vertebrates in their ability to regrow missing parts.

That's what makes the African spiny mouse, a sort of master of regeneration in mammalian circles, so remarkable. Ashley Seifert, whose research is focused on skin regeneration, started studying these animals about five years ago, shifting from a salamander model.

Seifert's research has taken him and postdoctoral scholar Tom Gawriluk to Kenya for the summer, where they will divide their time between trapping spiny mice in the wild and working with colleagues at the University of Nairobi and the University of Georgia to examine how immune tradeoffs can affect regenerative ability.

In spite of their disparate approaches, all four researchers agree that the regeneration cluster that has cohered in the Department of Biology has potential for growth. In fact, Voss says, the group's diversity is perhaps its greatest strength.

"I think it's fantastic that we have researchers in the department that each have a model representing one of the major vertebrate classes," Voss said. "We’re only missing somebody to work on reptiles at this point. It’s not beyond the realm of possibility to think about creating a center. We’re all taking a very systematic, systems biology approach to the problem. If we had a 'Biocomplexity in Systems Biology' theme that brought us together, with regeneration being the problem that brought us together under that umbrella, that would be a great next step."