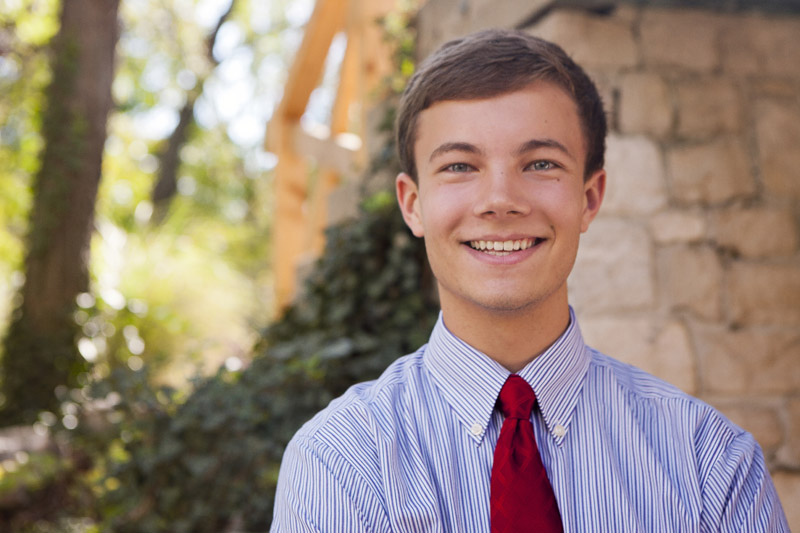 The Barry M. Goldwater Scholarship and Excellence in Education Program was authorized by Congress to honor the former Arizona U.S. senator who served the nation for 30 years. The scholarship program was designed to foster and encourage outstanding students to pursue careers in the fields of mathematics, the natural sciences and engineering. Since its first award in 1989, the foundation has bestowed more than 7,163 scholarships worth approximately 46 million dollars.

Saarinen plans to use the Goldwater Scholarship to fund studies at the graduate program of his choice.

The son of Anne and Tim Saarinen, Saarinen is currently pursuing computer science, mathematics and physics majors. He has been active in research since an early age working with Western Kentucky University professors Claus Ernst and Uta Ziegler on mathematics research in high school.

Saarinen hopes his interest in and work in these fields will help better the world. "First and foremost, I enjoy these math-heavy disciplines. But there is also the opportunity to conduct socially significant research. My dream is that the work that I am good at will someday improve the lives of those around me."

After completing his undergraduate studies at UK, the Singletary and Patterson Scholar hopes to pursue a doctoral degree in artificial intelligence and teach one day. "I think becoming a professor might be a good way to continue doing what I love."

Students interested in applying for the Goldwater Scholarship should contact Pat Whitlow, director of the UK Office of External Scholarships (OES). Part of the Academy of Undergraduate Excellence within the Division of Undergraduate Education, OES assists current UK undergraduate and graduate students and recent alumni in applying for external scholarships and fellowships funded by sources (such as a nongovernment foundation or government agency) outside the university. These major awards honor exceptional students across the nation. Students who are interested in these opportunities are encouraged to begin work with OES well in advance of the scholarship deadline.