Immigration Research on Display: Wired Students at the Showcase of Undergraduate Scholars 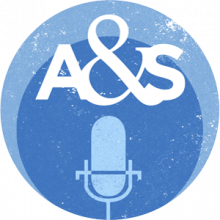 At the end of each academic year, the Society for the Promotion of Undergraduate Research hosts the Showcase of Undergraduate Scholars. Cristina Alcalde, one of three faculty co-directors at A&S Wired and a professor in the Department of Gender and Women’s Studies, mentored three Wired students during the past academic year.

All three students conducted focus-group research. Elizabeth Kunnecke studied differences between perceptions of first and second generation immigrants. Tyler Davoren looked at geographic influences on perceptions of immigrants. Emily VanMeter examined how people’s religious attitudes influenced the way they interacted with immigrants. Their posters were on display on April 25, 2012, in the Ballroom at the Student Center.